Register Here
Registration $40
The fee covers the presentation, the snack box, and one raffle ticket.
All participants, regardless of location would receive these items.
Additional raffle tickets will be $10 and that one price for all tickets, that will be eligible to win all prizes. 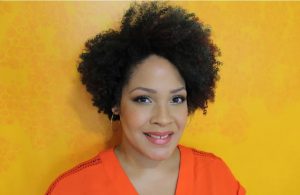 About Ijeoma: Ijeoma Oluo is a Seattle-based writer, speaker, and Internet Yeller.  She’s the author of the New York Times Best-Seller So You Want to Talk about Race.. Named one of the The Root’s 100 Most Influential African Americans in 2017, one of the Most Influential People in Seattle by Seattle Magazine, one of the 50 Most Influential Women in Seattle by Seattle Met, and winner of the of the 2018 Feminist Humanist Award by the American Humanist Society, Oluo’s work focuses primarily on issues of race and identity, feminism, social and mental health, social justice, the arts, and personal essay. Her writing has been featured in The Washington Post, NBC News, Elle Magazine, TIME, The Stranger, and the Guardian, among other outlets.