Warning: in_array() expects parameter 2 to be array, bool given in /home/customer/www/psala.org/public_html/wp-content/plugins/eventON/includes/calendar/class-calendar-event-structure.php on line 61

16jun9:00 am10:00 amDiversity & Inclusion Series: How to Be Welcoming to LGBTQI+ Humans

Register Today – Zoom link will be included in confirmation email.

The PSALA is pleased to announce that the year’s Diversity event will be a 4-week Zoom series! The series will include topics on Disability Inclusion; How to Be Welcoming to LGBTQI+ Humans; The Historic Hotel Tour presented by Wing Luke Museum of the Asian Pacific American Experience; and Social Justice in Action: Framework for Social Justice. We encourage PSALA members to invite colleagues from their firm for these FREE events. If you have any questions, please reach out to Denny Krantz at Dennyk@mhb.com. Thank you!

About the Event: How to Be Welcoming to LGBTQI+ Humans

In the last two decades, many people have become far more willing to act as allies (A) for people who identify as lesbian (L), gay (G), bisexual (B) or transgender (T). Often, however, there’s also a “Q” in the LGBTQA alphabet; that stands for both “questioning” (e.g., “I’m not sure where I am on the alphabet, if anywhere…) or “queer” (“I’m just me, whatever that means to you…”).

On top of those letters, the “I” stands for “intersex” and the “+” encompasses all other identities that humans might have.

Underlying all of this is the idea that humans—however they may identify—have the right to live their lives honestly and with authenticity.

What does it mean to be welcoming to LGBTQI+ people? What actions or words should you avoid? How does the absence of legal rights in many states play into an “Alphabet person’s” daily life?

Join national speaker, diversity consultant and author Ellen “Ellie” Krug as she shares what it means to be a part of the “Alphabet” and offers tips and advice on how to be inclusive toward anyone who so identifies. The talk will include some brief sharing of Ellie’s personal story and many basics about the LGBTQI+ community in general. Come with questions!

About the Speaker: Ellie Krug 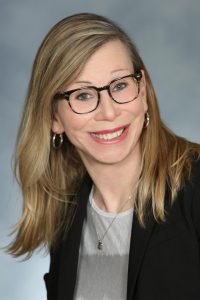 Ellie Krug was a civil trial attorney specializing in transportation law with 100+ trials. She transitioned from male to female in 2009 and later became one of the few attorneys nationally to try jury cases in separate genders. The author of Getting to Ellen: A Memoir about Love, Honesty and Gender Change (2013), Ellie speaks, trains and consults on diversity and inclusion to court systems, corporations, law firms, government entities, social service organizations, and colleges/universities. A hopeless idealist, Ellie has presented her D&I program, “Gray Area Thinking,”® across the country. In 2016, Advocate Magazine named Ellie one of “25 Legal Advocates Fighting for Trans Rights.” She is also a monthly columnist for Lavender Magazine and her monthly newsletter, The Ripple, which reaches 9000+ recipients, can be found at her website. Ellie views herself as an “Inclusionist.” In January 2018, Ellie launched her weekly AM950 radio show, “Ellie 2.0 Radio,” which is about idealism and idealists seeking to create positive change in the world.