The Stories We Tell

There is a bridge in Dexter, Michigan that has an unusually low clearance, and therefore, people are constantly ruining trucks by going where they shouldn’t. Lots of pictures and videos end up on Facebook and lots of people chuckle over the idiocy of those who stupid enough to get into such a predicament. But a few months ago, the sign was changed warning of a lower clearance – for whatever reason, there had been an error and the true clearance was even lower than originally posted.

When we experience or witness something that amuses or frustrates us, we make assumptions, without any clear understanding of the true cause. For example: the sign says low clearance, that guy ripped the top off his box truck, he must be an idiot. The problem is that we don’t really know he’s an idiot, we just know that something happened which makes him LOOK like an idiot. We tell ourselves “stories” to explain things we don’t necessarily understand. You can’t stop doing that, it’s human nature. You can, however, be aware of the fact that YOUR story may be wildly inaccurate.

When was the last time you assumed something or someone? How often do you jump to conclusions without all the facts? How often does that come back to bite you? You can’t be entirely to blame – our brains are hardwired to do this because it’s easier to manage our thought processes. With millions of brain cells working around the clock, it makes sense that we rely on shorthand whenever we can, even when it’s detrimental to the human experience.

Nonetheless, being aware of the problem can help you overcome it. In most cases, knowing that the issue is there is the first step towards figuring out a solution. Unfortunately, learning to undo the instincts of making assumptions and decisions about people is not going to be as easy as flipping a switch in your brain. Thankfully, though, it won’t be an impossible task, as long as you know what to do. First, you want to understand why we tell ourselves these stories and how often it happens. Chances are that you’ll be surprised with how many times each day we make decisions about others without knowing the whole picture. When someone is rude or impolite to you, do you assume they are a bad person? When someone cuts you off in traffic or drives slowly, do you imagine that they are an inconsiderate driver?

It’s so easy to make the worst assumptions about people and run with it. For whatever reason, our minds can latch onto negative ideas so much faster than positive ones (think about how quickly people leave bad vs. good reviews online). Thus, reversing course and changing your perspective will take some conscious effort, at least at first. Hopefully, with enough repetition, you’ll be able to train your mind to look at the brighter side of things and stop assuming the worst.

But back to understanding the issue. Each time you make an assumption about someone, take note of the situation. What were your initial impressions of that person? Why did you make that particular decision regarding his or her personality? You don’t have to do this each time, but the more often you think about it, the more you’ll realize: we do this a LOT; and it’s usually a negative portrayal (i.e., this person is stupid or
rude).

So, what’s the next step? Once you realize how inherent the problem is inside of you, what can you do to solve it? One way you can start telling better and more positive stories is to start giving the benefit of the
doubt. The phrase “innocent until proven guilty” is a perfect encapsulation of this mentality, and it will help to bring more positive energy into your day.

Instead of assuming someone acted a particular way out of stupidity, spite, or a general abrasive personality, imagine why you would do such a thing. You’re not an idiot, and you’re not a bitter, vindictive person (right?), so what circumstances would cause you to act such a way? Think back to the bridge story from before. Imagine you were driving a truck and the top half was ripped off by a low bridge. How would you feel? What would be the aftermath of that event? Would you get fired from your job? How would that kind of accident ruin your day? Along those same lines, what if you knew the height of your truck, you thought you’d be safe because the sign said there was enough clearance, and then you still got into an accident? How would that affect you? By putting yourself in those situations, you can start to realize a lot of different variables can
sway everyone’s outward appearances and impressions. In fact, you can even think about it from a different perspective, such as: How many people have you unintentionally pissed off with your behavior?
How many strangers think you’re a rude or stupid person because of something you did? When you consider how quickly you make assumptions about other people, it’s hard not to think about how many people have those same assumptions about you.

Overall, by flipping the script as it were, you can start to look at these situations more favorably and start telling better stories. Until you get the complete picture about a person, why are you going to judge so harshly? Wouldn’t you like to get the benefit of the doubt from others? When you expand on this idea and look at it from a broader perspective, you can start to see that these little stories can have a monumental impact. When you begin making negative assumptions about people, you can start to see the world through a pretty dark lens. However, by changing your perspective, you can make sure that a little light shines through instead. 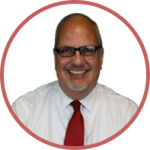